Ok… so… the flat Earth theory continues to be ubiquitous and to boggle the mind. 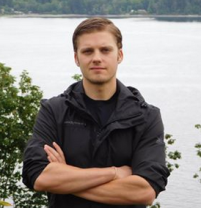 I admit, I went down that road a few years ago. I came across all the very well done videos, expert explanations and so forth…I began to see where the flat Earth thing had some merit based on the arguments.

BUT…and I stress the BUT…here I was (I self-argued), letting people who claimed to be authorities tell me all about the “science” behind the flat earth, the examples “proving” the concept, etc. etc.   …and me wanting to take that as fact.

There are just as many authorities with equal arguments for a round Earth.

And…I can’t accept those being factual  either, because I REALLY DON’T KNOW WITHOUT SEEING FOR MYSELF.

AND…I asked myself the big question: “What does it matter? Does it affect what I am here to do? Does it alter anything at all about who I am?”

And so…it really doesn’t matter to me what the truth is. Either way, I still have to follow my path.

And that there folks, is called DISCERNMENT.

So. All that to say that here is an entertaining view from Jordan concerning said flat Earth theory. And I laughed out loud when he said, “It doesn’t matter!” (He says it alot better than me)

You gotta love this guys humor and (like David Seaman) his no bullshit attitude.