Clearing of underground Illuminati Breakaway Complex is proceeding with full speed.
The Light forces can not release much intel about surface operations to anybody without compromising the operations themselves. The Light forces have warned that in the absence of substantial intel, there will be a lot of banana intel circulating on internet. Thus much discernment is advised. Also, the Light forces are discouraging speculation about when the Event will happen.
The only thing they have requested me to share is the following: “Mjolnir technology is a fifth-dimensional Clifford torus, projected into fourth and third dimensions. Liberation of the surface of the planet will follow the Goldilocks principle.” 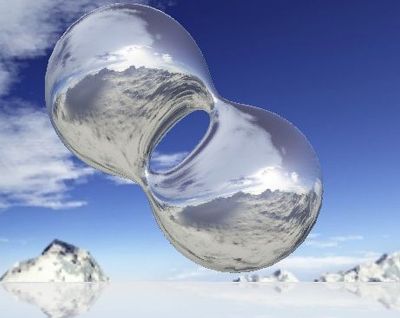 If you wish to study surface topology of the Compression Breakthrough, you might be interested in reading the following book:
https://www.amazon.com/Deaths-End-Remembrance-Earths-Past/dp/0765377101
In the near future, I will be able to release a lot of intel not directly related to surface operations. The Light forces have requested me to release intel about Goddess mysteries and some “other” intel that was until now deeply classified. This intel may trigger strong reactions from many members of the surface population reading this blog.
Stay calm.
Victory of the Light!