The worldwide Unity meditation for the solar eclipse had been on my mind for some time. Where was i going to be for this immense event? Where was I needed?

I at first thought I might have to travel and be in the line of the full eclipse, which was an exciting thought! However, I was redirected by higher guidance that I was needed somewhere else.  I waited, waited….waited for more info to come.  At last, I understood that I was to go to a very sacred and special place here in Mississippi, Emerald Mound. (Thanks to Magenta Pixie for this post, which helped clarify why I had to go to Emerald Mound…gotta love it!)

I grew up less than 100 miles from Emerald Mound.  It lies on the Natchez Trace, and is the second largest mound-builder site north of Mexico on the North American continent (or Turtle Island, as North America is sometimes called). 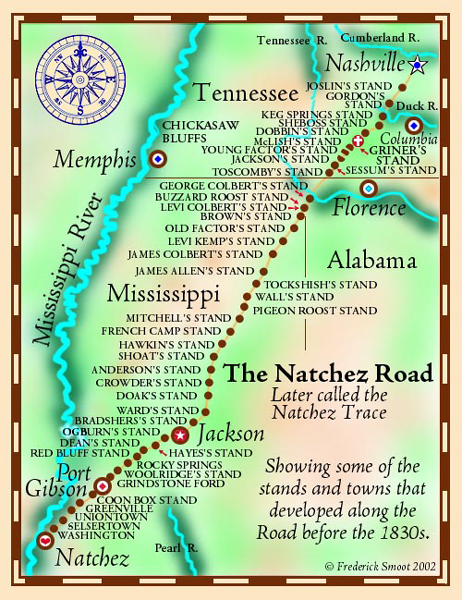 At the same time, I had been waiting for months for my new cintamani stones to arrive from Europe. I have worn a cintamani for a few years now, and I knew that one eventually needed to be placed on Emerald Mound.
Emerald Mound is not expressly mentioned anywhere (that I can find) as part of any “acknowledged” ley line, however, I knew from experience that it is a powerful and sacred energetic portal on the Earth, as all are all historical indigenous sites. The Natchez Trace carries very special energetics, and thus, is in fact a ley line.
In my experience, the mound is especially feminine oriented. Maybe this is why:

From Wikipedia, the free encyclopedia

“The Natchez /nætʃəz/[1][2] (Natchez pronunciation [naːʃt͡seh][3]) are a Native American people who originally lived in the Natchez Bluffs area in the Lower Mississippi Valley, near the present-day city of Natchez, Mississippi in the United States. They spoke a language with no known close relatives, although it may be very distantly related to the Muskogean languages of the Creek Confederacy.[4]

The Natchez are noted for being the only Mississippian culture with complex chiefdom characteristics to have survived long into the period after the European colonization of America began. Others had generally declined a century or two before European encounter. The Natchez are also noted for having had an unusual social system of nobility classes and exogamous marriage practices. It was a strongly matrilineal kinship society, with descent reckoned along female lines. The paramount chief named the Great Sun was always the son of the Female Sun, whose daughter would be the mother of the next Great Sun. This ensured that the chiefdom stayed under the control of the single Sun lineage. Ethnologists have not reached consensus on how the Natchez social system originally functioned, and the topic is somewhat controversial.”

When I read all of that, coupled with Magenta Pixie’s info,  I understood exactly why the solar eclipse place for me was at Emerald Mound!

I was still waiting for the cintamani, and I was beginning to think I would not receive them, as I had waited a good 4 months…but, they arrived at last, and so I knew it really was meant to be NOW.  I knew I had to place the main stone  BEFORE the eclipse, so that the mound was activated with cintamani as the eclipse proceeded, allowing me to do the meditation with others in the world.

Here are some photos and videos showing some of the trip. I also included video of a clearing ceremony and a connection ceremony, both  done in Natchez later that same day.

I’d like to thank Cobra, Untwine, and all the ley-line workers, light workers, Alliance and Resisitance workers and cintamanni farmers across the world for what WE accomplished.  The open-heart/ green activation was indeed fired up…and continues to burn brighter and brighter with the help of the violet flame and all good intentions we share throughout the human race.

Forks of the Road- Reinforcing Ceremony

The first clearing ceremony I did here was with friend and fellow “mission” -ary, Kauilapele, back in July of 2013.  Each time I visit Natchez, I reinforce this site with intention and blessings for continued clearing.

Women here is Mississippi are clued up to what’s happening in the world, and especially with regard to energetic connections and events.  One such event is a monthly gathering of “goddesses” who explore and do ceremony for themselves and for the Earth.

Today, I was honored to partake in the ceremony that was being held on the Mississippi River.  The Goddess Gathering was in Vicksburg, and I was in Natchez, doing the same energetic work.

Flowing energy into and out of the Mississippi River, its tributaries, deltas and surrounding communities is all part of connecting ALL the rivers of the world.

Actually, the rivers are connected already, it is WE that must acknowledge our co-cretive intention to connect, and to work together with our sacred Earth in order to achieve peace and harmony and to end warring, destructive , decepetive nature of our current (but changing!) paradigm

It’s consensual reality, so let’s change our consent to what we want – freedom, love, prosperity, health,peace and joy.

Before you cry “ick” at seeing this brown water, just know that the mighty Mis’ip is thriving and home to a vast array of wildlife including bald eagles. According to friend and “RiverGator”  John Ruskey,

the Mississippi River is one of the CLEANEST rivers in the world. He swims in it everyday and has for years. Of course, he’s a river-king-rat-catfish-gator-god…and I believe all he says concerning his sweetheart, the Big Muddy. Visit his site for information about canoeing the river.

Can’t close without mentioning King’s Tavern in Natchez.  We were well cared for at lunch by manager Richard, and were totally guided here as if on a string!  Had no idea where we would end up to eat, but pulled straight into the place and found out all about it  later. Love when we get to enjoy after a long day of ceremony!!!!

And so ended a long but eventful mission. We are grateful for all who played a part and for setting up the Green Lady (Emerald Mound) to have what she asked for before the eclipse.