The events of Day 2 and it’s sudden storm (that ultimately postponed our plan to visit the Washington Monument obelisk that afternoon) and the energies of the upcoming Brexit vote had all worked on me through the night.  There was still so much to do, and felt it all swimming in my mind as I slipped in and out of dreamtime. I awoke Day 3 feeling tired, but ready…and more importantly,  I knew that after today, nothing would be the same.

Preparing for today, the Brit and I were by now into a steady routine of how and what to do. All was packed, all was in place, we knew the path to the Capitol. I reflected that when I at first tried to plan this trip, I felt that the DC mission would be done on the journey UP to Boston, but in retrospect, I can see the beauty of why it had to be the last big mission coming BACK.

All of the missions before had helped us perfect and prepare for today.

Little did we know, it would be a long, long….long day.

In addition to packing the items I need for ceremony, I always select items to wear for protection and connection. Today I was called to wear these: (also seen in this previous post) 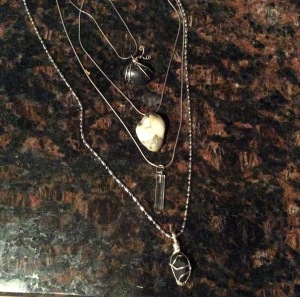 The jewelry I wear in ceremony is important to me. It supports me and reminds me that I am supported. It energizes and encourages me, protects and defends me.

I purposely chose these 3 stones, and one quartz.  I knew today would need an element of earth (Hawaiian and British stone people) but I also wore a quartz (to generate energy.) and a meteorite (cintamani) to bring in the fire power of the cosmos. Together these would protect and propel the energies of freedom, cutting away the old and firing up the new.

Leaving our condo around 9:30am, we walked the previous days path, and I noticed the changes already made. I added a new stone at the East Gate, but the goal today was the obelisk, and after the storm yesterday, I was on a direct path to get there ASAP.

Yesterday, we noticed that the UPPER area of the Capitol, on the dome, was under repair. PERFECT!  I wasn’t in the least upset at not having clear photos or any of that….I KNEW the physical repair was analogous to the energetic repair. 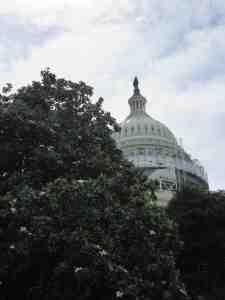 As I approached the Mall, the initial plan was to walk right up the middle and carry the energy directly to the Washington Monument. However….just like the Metro line, just like the Capitol dome, the MALL WAS ALSO UNDER REPAIR.

I had noticed this yesterday, but with the rain, I could not see the extent of it. I have to admit I was disappointed. I had a “plan” to walk my sassy-crow-self right up the middle of the mall and declare peace and freedom,  and build (and then bury) a peace wheel in the direct center of the mall.

I got over it. I had to go on, I was wasting daylight and there was lots to do. I made my way forward, I had 1.3 miles to go to get to the monument.  The Brit went to the art museum, (we would meet up later) and I forged ahead.

As previously noted, I’ve had this date with the Washington obelisk since 2008. She’s called to me many times, and it’s been a long journey getting here. I could hardly believe I was meeting her at last.

I admit, I was weepy as I got close to her. There were so many people, but I saw a small grove of trees, and went into them and took shelter there as I viewed her privately, speaking to her gently and in awe, introducing myself and asking her permission to do the work I was called to do. 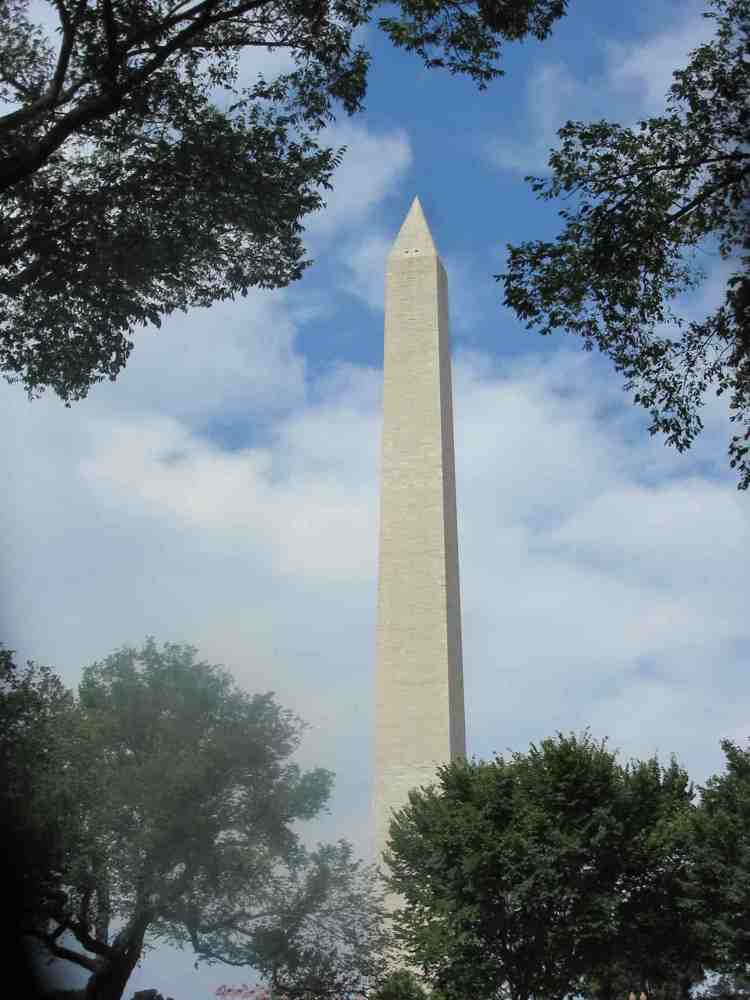 I made myself known to her while standing under this grove of trees. WOW! she’s awesome!

After a time, I crossed the street and walked up onto the last parcel of land before crossing the Main street that puts one at the monument. People were in a rush to get to the monument – no one but me walked up to the land that seperates her from the rest of the Mall. It is literally the last grassy section before you reach her, and I was alone there.

I listened and looked and was called to a specific place. I sat for a while and met with the helping spirits, creating a sacred space and feeling the vibrations all around me. I unpacked the elements and tools of the ceremony. Here, I was to build a Peace Wheel, one that connected the Capitol with the Washington Monument. Before I left home I asked, “what do I need to do? what should I bring?”  I have so many sacred items that it is often hard to know what to bring and what to gather, etc.  However, the main message of the Washington Monument Ceremony and of ALL the ceremonies…is that of reestablishing the sacred vibration of LOVE.

I brought with me many heart-shaped stones that I have gathered from Mississippi and around the world. The heart represents LOVE and LOVE is what is being replaced here. For this ceremony, I placed red(east), yellow(south), black(west) and white (north)stones (representing the 4 directions) with a crystal generator representing the divine (center).

The four crow feathers represent the air(above) and they are planted into the earth, (below). In this way, all of the sacred directions are connected.

Tobacco rings the circle and sage brings the additional healing and clearing vibration.

It took me some time to prepare, open sacred space and call to the keepers of this place, the elementals and the helping spirits. There was alot to do. There was alot to be said and to be brought forth.  I had my favorite rattle; he has been with me all over the earth and is my dear friend and co-worker. Together, we completed the ceremony. I was allowed to film the ending, hoping to inspire others to complete ceremonies such as this themselves wherever they go.

In this video, look to the right of the obelisk as it comes into view…can you see the female spirit face? She stayed until the end and then was gone when I took the still photo afterward.

A portal cleared in the clouds above the peak as I prepared to leave the site.

After I made the wheel and completed the ceremony, I  secretly buried the crystals in the earth at their respective positions, where they will continues to generate and work and carry the vibration of love between these two points.

I left the other items as is, and hope that people come and pay their respects. One day soon, the wind and the mowers will take away the circle and the feathers, but the wheel will remain forever, generating love and peace. Aho! 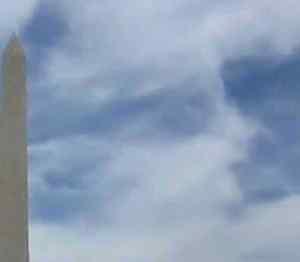 Still shot of the Female Spirit Face  in profile, looking toward the right at the White House.

After building the peace wheel, the Brit joined me and we walked across the street. I planted stones in the earth around the base at the 4 directions, as noted here:

I finished up and then spent some time up close and personal with the energetically changed Washington Monument:

Walking north, we approached the White house and the grounds in front of it, know as “The Ellipse”. which is another sacred design, also known as the “cosmic egg”.  This was another “planned” ceremony, but as usual…the site was under repair! (Here is that map again:)

There’s a fence going across the Ellipse that kept me from getting to the very center.

Nevertheless, I was called to a specific location and while the Brit walked around pretending he did not know me (which is his way of protecting the energies!) I laid a new peace wheel. The ceremony here was witnessed by a few passers-by, so that must have been needed. Here again, is just the ending (I never film the actual ceremony, but it’s necessary at this time to show a bit about how this is done, to inspire others).

From here we traveled around the Ellipse and further north to have rest and bite to eat. We were zonked by this time and needed food!

Food really is a grounding force, and this Crow and her Brit needed to be grounded after those amazing ceremonies!

We left the restaurant and passed the Treasury, where tobacco was tossed !

Took many security to get too frisky, I didn’t want to press my luck after recent close calls in Brookhaven Lab, Montauk and World Trade Center. However, I also dropped in a bloodstone, which had been an important stones in the NYC ceremonies, especially Wall Street.

Coming back around to the White House, I left a few things inside the fence,  and there were TONS of spectators, so I took great care. Let me say, tobacco rained from my pockets the entire way!

We were tired, but there was more to be done, so off we went for the remaining ceremonies of the day… (coming next post)