you're reading...
Caws-es worth mentioning, The Event, Uncategorized

ARE YOU ONE OF THE 144,000 STARRY BEINGS WHO WILL HELP BRING ABOUT THE ASCENSION OF EARTH?

I’ve been absent from blogging since March, for many reasons. First, there are numerous personal events taking place in my life right now (ALL GOOD!) that have required all of my time and attention. I’ll share those events when the time is right, but for now I’ll just say: there’s a lot of joy flying about here in Crowworld!

Second, like David Wilcock, Kauilapele, and many other prolific light workers, I have felt the need to pull back from posting about everything and anything related to the world’s events. After the “Crow and Bear” March 12 mission, I was “prevented” from reporting on that journey even though I am busting to share what happened, as well as other events in the energy-clearing-grid-work that I do. (Prevented, meaning my higher self says “no, not yet” whenever I want to post)

Having explained all that, today I am prompted to post this crucial meditation announcement (below). There are so many reasons to do group meditations, but THIS PARTICULAR meditation, in my opinion, is one that we cannot miss if we are serious as light workers about bringing about the ascension of humankind on our planet.

As explained in the information below, 144,000 are required to step forward and accept their role in this mass event.

If you are reading this now, you are most probably already nodding your head, knowing that YOU are one of the 144,000+. YOU are here, right now, in the space and time on planet Earth to do THIS meditation and join YOUR energy and intention with others AT THE MOMENT designated.

Wherever you are on August 21, please take 15 minutes or so to STOP what you are doing and JOIN in this energy work.

This is one of the rare times I am asking that you participate AT THE EXACT TIME asked for in your time zone.

Mark you calendar, shift your schedule…MAKE the time and don’t allow yourself to say, “well, it wont matter if I miss it, there are plenty of others doing it, and anyway, there’s no such thing as ‘time’ so I can do this later/earlier”.

I can’t explain why I know this is so crucial, and so important to do exactly as explained …but then again I won’t have to if you are part of the 144,000.

I don’t need to add more commentary; it’s all here below for you to read and to make your decision. (The last time I put a call out for such a request, we made a huge impact and we reached our goal. I fully expect to shatter the expectations and to see immediate changes in the events of this world after the August 21 eclipse.)

Thank you, for being one of the Starry Beings who agreed to come to Earth, and for joining with your fellow light workers to help humanity at this unusual-upside-down-but-exciting time in history. I’m honored to be among you.

It is time to take action again! It is time to take the destiny of our world in our own hands! We all agree that the process of planetary liberation is taking too long. Here is our chance to collectively speed up the process. Therefore we are using the opportunity of the Solar eclipse on August 21stto create a portal through which we will unify our consciousness and enlighten the energy field around the planet.
Make this viral! Share it worldwide! Please post it on your websites and blogs. Invite spiritual groups to join us. If you know an alternative media outlet, you can send it to them. You can create a Facebook group for your local group of people doing this in your part of the world. We also need one main Facebook group for this event. You can create a video about this and post it on Youtube.
Scientific studies have confirmed positive effects of mass meditations on human society, so each of you that will participate in this meditation can actually help bringing the Event and Full Disclosure closer to us:
http://thespiritscience.net/2015/06/18/studies-show-group-meditation-lowers-crime-suicide-deaths-in-surrounding-areas/
http://www.worldpeacegroup.org/washington_crime_study.html

This meditation helps the Light forces to ground the energy of Light on the surface of the planet to strengthen the Light grid which is needed to speed up the process of Full Disclosure and Ascension. Number of people doing that meditation is the single most influential factor within the power of the surface human population for speeding up the process.

We can reach the critical mass of 144,000 people doing this meditation! This will create a massive healing chain reaction in the energy field worldwide. The focus will be on the United States, where much healing is needed.

Astrological chart for our meditation shows a powerful grand trine between Galactic center / Saturn / Lilith in Sagittarius, Eris / Uranus in Aries and Mars / Lunar Node / Sun / Moon in Leo. The core of this grand trine is exact grand trine of Galactic Center at 28 degrees Sagittarius, Uranus at 28 degrees Aries and Sun / Moon eclipse at 28 degrees Leo. At the eclipse, the energy of electric fire of liberation will flow from the Galactic Center (the Pleroma) throughout the Solar System and will be channeled through Uranus and through the Sun / Moon eclipse, all of them located in fire zodiacal signs. Therefore our meditation at the moment of the eclipse has a potential for a huge breakthrough on the planetary surface, as it is a moment of the most direct connection with the Galactic Center.

This will be the first eclipse since 1918 with the path of totality going through the continental US. This eclipse is a great opportunity for us to make a decision to create unity. Unity of awakened individuals is the most powerful catalyst for the planetary liberation. For this reason me, Corey Goode and many other people are joining forces to gather the critical mass of at least 144,000 people doing this exact meditation.
A joint Cobra / Corey interview has been recorded especially for this occasion available here:
http://2012portal.blogspot.com/2017/08/joint-cobra-corey-interview-for-unity.html

1. Use your own technique to bring you to a relaxed state of consciousness.

2. State your intent to use this meditation as a tool to speed up the process of bringing harmony and unity for planet Earth and its inhabitants.

3. Visualize a pillar of Light emanating from the Galactic Central Sun, then going through all beings of Light inside our Solar System, through the eclipsed Sun and the Moon and then through your body to the center of the Earth. Visualize another pillar of Light rising from the center of the Earth, then up through your body and upwards into the sky towards all beings of Light in our Solar System and our galaxy. You are now sitting in two pillars of Light, the Light flowing both upwards and downwards simultaneously. Keep these pillars of Light active for a few minutes.

4. Now visualize a soft pink healing divine feminine energy, healing all people of the planet of their past traumas, bringing peace, harmony, understanding, abundance and unity. Visualize this soft pink light healing the minds and hearts of all people worldwide. See all Lightworkers, Lightwarriors and Truthers working in unity for the creation of the New Earth. See the people of Earth celebrating and joyfully participating in the creation of our new reality where everyone can obtain what they need and freely choose to live as they desire. 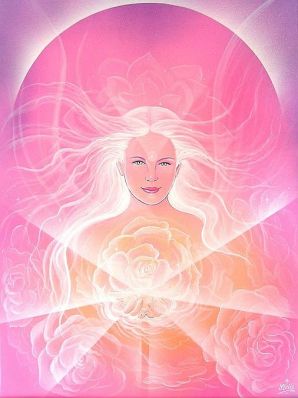 Suggested time for meditation is 15 minutes.

Goddess wants unity and unity it will be!

Updates about the Unity Meditation:

Unity Meditation videos have been created in many languages. Make them viral, spread them through your networks to assist in reaching the critical mass! 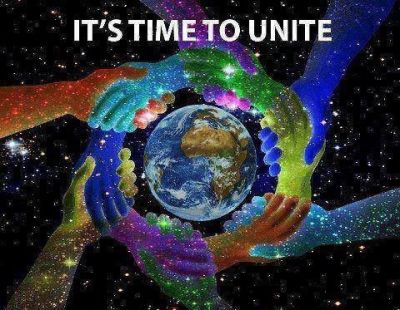 We need translations in additional languages. Please send the text of your translations to parlagisas777@gmail.com and videos will be created in your language and posted here.